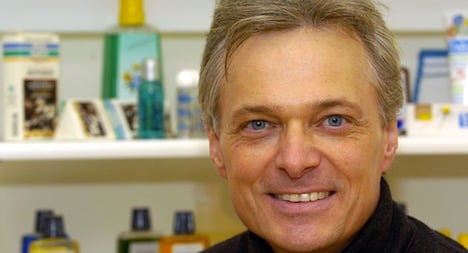 Thomas Minder, the man behind the initiative to cut 'abusive pay'. Photo: Trybol

A popular initiative against “abusive” compensation for the top brass of Swiss companies has caught the imagination of the country’s population — and international attention.

On Sunday, the results will be made public on a national vote on the proposal launched by Thomas Minder, a Schaffhausen businessman and independent member of the Swiss senate.

The initiative would require Swiss companies to give shareholders an annual binding vote on the total compensation of boards of directors and senior management.

Compensation paid in advance to executives would be banned, along with golden parachutes to departing bosses.

“This is not a Swiss issue,” Minder told The Local in an earlier interview.

“All over the world there’s the same discussion.”

Minder, who heads a small company called Trybol that sells "natural cosmetics," maintains the current pay system is rotten because it rewards a select group of individuals regardless of the performance of the companies they lead.

Recent polls have shown a clear majority of citizens support Minder’s initiative over a counter-proposal from the federal government.

The government advocates shareholder votes over executive pay, but they would be non-binding.

The cabinet, and Economiesuisse a lobby group for big business, believes Minder’s bid to cut “fat cat” pay risks harming Switzerland’s appeal internationally as a place to do business.

But a national outcry over a planned payment of 72 million francs to Daniel Vasella, recently departed chairman of drug giant Novartis, undermined the government’s position.

Faced with criticism from politicians and businessmen alike, Vasella ultimately decided to decline the “non-compete” payment meant to ensure that he would not work for a rival company.

But the episode served as a public reminder of the gap between what top executives and average citizens are earning.

Even though Switzerland’s per capita income is one of the highest in the world, Swiss citizens have a broadly egalitarian view.

Earning money from hard work is admired but windfall gains and flaunting of wealth is generally frowned upon in a country where modesty and discretion are hallmarks of the national character.

And public disgust has grown over massive pay packets paid to top executives in the country, many of them non-Swiss.

As a small shareholder in UBS, Minder is famous for railing against the “Americanization” of Switzerland’s largest bank.

At a 2008 shareholders meeting he assailed the bank’s then chairman Marcel Ospel.

Minder was critical of Ospel for receiving multi-million-franc compensation even while leaving a legacy of massive losses that eventually forced UBS to seek a government bailout to avoid collapse.

Security guards escorted him out of the meeting.

Since then, Minder has been planning his initiative, battling the mainstream business community along the way.

Meinrad Vetter, of Economiesuisse, told The Local in a past interview that while there are isolated excesses, the pay ratio between executives and employees is smaller in Switzerland than in other countries.

He acknowledged that pay for senior managers has risen in the past few years but he blamed that on the “internationalization of management”.

Higher salaries in Anglo-Saxon countries put pressure on compensation in other parts of the world, Vetter argued.

So if the Minder initiative passes, what will be the outcome?

Peter Brabeck-Letmathe, the Austrian chairman of Swiss-based Nestlé, warns that no company in its right mind would set up headquarters in Switzerland under the Minder rules.

Without reason, Switzerland would be giving up “one of the world’s best company laws”, Brabeck-Letmathe said in an op-ed for the Neue Zürcher Zeitung.

Others say despite the international headlines a yes vote will bring, the actual repercussions will be fairly modest.

Only Swiss-listed companies would be affected and there would be no actual cap on executive salaries, Guy de Brabois, country manager of recruitment firm Robert Walters in Zurich earlier told The Local.