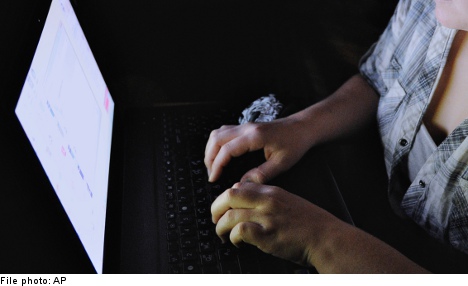 On Wednesday, the organization, one of twelve in Sweden that serve as points of contact for the International Network Against Cyber-hate, launched a new website that allows people to report cases of cyberbullying.

What differentiates the new site, Nätvaro (‘Net Presence’), from other sites that accept cyber-bullying reports is the prospect of victims also receiving advice and legal support.

“We’re offering an alternative to a police report that will simply be dropped,” Gidlund told SvD.

When reports come in, case workers will investigate the evidence and help victims make a police report that has a better chance of prompting the wheels of the Swedish criminal justice system to turn.

Alternatively, a decision may be made to seek damages through civil law procedures, or to simply track down the people who posted the offending comments and ask that they be removed.

The organization will also put efforts into preventive measures by conducting training for young people, schools, and businesses.

“Young people aren’t the problem, but rather have great insight into how social media develops and the ability to spread a positive message,” Nätvaro’s training developer Anna Adeniji told SvD.