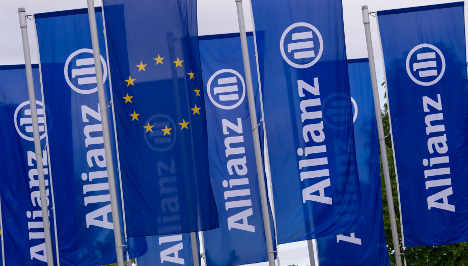 Allianz said in a statement that its net profit amounted to €5.169 billion last year, up from €2.545 billion a year earlier. The 2011 figure had been impacted by write downs on Allianz’s holdings in Greek sovereign debt and investments, the insurer explained. But underlying or operating profit also increased, rising by 20.8 percent to €9.5 billion on a 2.7 percent rise in revenues to €106.4 billion.

Chief executive Michael Diekmann noted that the numbers exceeded the group’s forecast, which Allianz had already raised last year after a better than expected performance in the first three quarters. “Despite the impact from the storm Sandy, we exceeded our forecast,” Diekmann said.

In January, Allianz had said it took a hit of €455 million from Hurricane Sandy. But overall, insured losses for the industry were significantly lower in 2012 than in the previous year, when record figures were posted due to the earthquakes in Japan and New Zealand and severe floods in Thailand.

“Our results show how well our business model can handle the various turbulences from the financial crisis,” Diekmann said. Allianz would therefore pay an unchanged dividend of €4.50 per share for 2012, he added.

Looking ahead to the current year, Diekmann said that despite the low interest rate environment and overall global economic uncertainty, “I am confident that again in 2013 Allianz will maintain its profitability.”

“With cautious optimism and assuming that natural catastrophes and capital market turbulence do not exceed expected levels, our operating profit outlook for 2013 is €9.2 billion, plus or minus € 500 million,” Diekmann said.

On the Frankfurt stock exchange, Allianz shares were performing slightly better than the overall market, showing a loss of just 0.77 percent while the blue-chip DAX 30 index was down 1.05 percent.