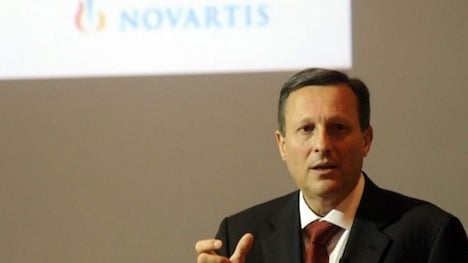 The Basel-based pharmaceutical company announced on Tuesday that its board of directors and Vasella agreed to cancel the “non-compete” payment.

The payment, set to be distributed over six years, was to take effect after Vasella, 59, steps down as company chairman on Friday at the annual general meeting of Novartis.

In a statement, Novartis said the payment was intended to protect the company by requiring Vasella to “refrain from making his knowledge and know-how available to competitors”.

Vasella, who became company chairman in 1999, said last week he intended to use the net amount of the compensation for charity.

However, the deal came under fire from politicians and business leaders who found it excessive, coming just ahead of a March 3rd national vote on an initiative to curb executive pay at Swiss companies.

A poll published on Sunday showed 57 percent of those surveyed support the initiative, launched by Schaffhausen businessman and senator Thomas Minder.

On Monday, a lawyer representing small shareholders in the company filed a lawsuit accusing Novartis, its board and Vasella of disloyal management and misuse of company finances.

"I have understood that many people in Switzerland find the amount of the compensation linked to the non-compete agreement unreasonably high, despite the fact I had announced my intention to make the net amount available for philanthropic activities,” Vasella said in a statement.

“That is why I have recommended to the Board that I forgo all payments linked to the non-compete agreement."

Ulrich Lehner, vice chairman of Novartis, said the company continues to believe in the value of “non-compete payments”.

But he said the decision to cancel the deal “addresses the concerns of shareholders and other stakeholders”.