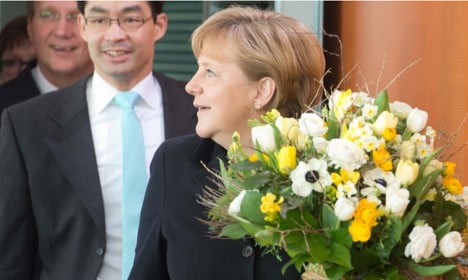 The vast majority of Germans have no issue with Vice Chancellor and Free Democrat Party (FDP) leader Philipp Rösler’s ethnic Vietnamese background, a survey by YouGov published on Tuesday suggested.

The poll comes a less than a week after FDP politician and deputy state premier of Hesse Jörg-Uwe Hahn caused a stir by questioning whether German voters would not accept a “an Asian-looking vice chancellor” for much longer.

Yet according to YouGov, just 11 percent of Germans surveyed would describe Finance Minister Rösler’s background as “problematic”, against 79 percent who said it made no difference to them.

However, for many voters the idea of being ruled by a German chancellor of foreign extraction would be a step too far, figures suggest.

Twenty nine percent said they would not like it if the top spot was given to an ethnic non-German, compared with 11 percent who would welcome it and 46 percent who said they did not mind either way.

Voters would be similarly skeptical about a gay leader, the survey suggested, with 26 percent of participants saying they would not support one. Meanwhile 14 percent said they liked the idea, whereas for the majority – 46 percent – the chancellor’s sexuality did not matter.

Interestingly, though a majority said they personally did not have a problem with Rösler’s ethnicity, 22 percent said they thought it had a negative effect on the FDP’s chances in September’s parliamentary election.

Among FDP supporters, this number was lower; with seven percent saying having a party leader of Vietnamese extraction was a problem and 15 percent believing it worsened the party’s chances.

The survey polled 1,047 German voters between 8th and 12th February.