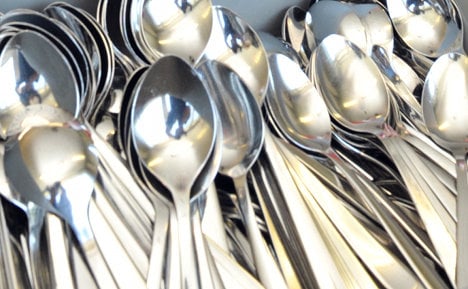 “Our business performance in the 2012/2013 fiscal year will be characterised to a very large extent by the continued absence of a global economic recovery, with an unsolved debt crisis in particular in the eurozone and slower growth in the emerging economies,” ThyssenKrupp said in a statement.

The group said it expected sales “to remain at the prior-year level of around €40 billion, provided there are no major dislocations on the raw materials markets.”

And underlying profit, as measured by earnings before interest and tax (EBIT), “should be around €1.0 billion … assuming that the slower activity on the materials markets at the beginning of the new fiscal year compared with the prior year continues but does not progressively worsen,” it said.

ThyssenKrupp, which runs it business year from October to September, booked EBIT of €1.4 billion in the year ended September 30, 2012.

In the first quarter of the current business year, the three months to December, ThyssenKrupp turned in net profit of €35 million, compared with a loss of €460 million a year earlier.

But net profit from continuing operations fell by 29 percent to €29 million.

“We cannot be satisfied with the group’s current earning power,” complained chief executive Heinrich Hiesinger. The steel division in particular was being hit by falling demand and downward pressure on prices.

Alongside steel, ThyssenKrupp also makes elevators, industrial plant technology, submarines and car parts, most of which reported stronger business in the first quarter.

Last week, ThyssenKrupp unveiled plans to axe more than seven percent of the workforce at its Steel Europe division to make the business more competitive.

ThyssenKrupp said it would axe “more than 2,000 jobs” out a total workforce of 27,600 at its Steel Europe division in a €500 million cost-cutting drive.