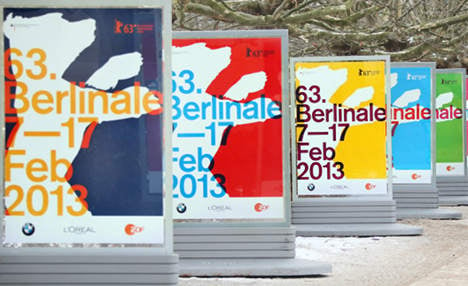 Berlinale Retrospective 2013 – The Weimar Touch: The International Influence of Weimar Cinema after 1933

While you’re rubbing elbows with starlets and screenwriters at the Berlinale this week, be sure to save some time to discover some cinematic gems from the past. Thirty-three films from the 1930s through the 1950s offer insight into how Weimar-era directors dealt with the rise of National Socialism in Germany. Many of them emigrated to the United States or elsewhere in Europe where they went on to create classics like Casablanca and Some Like it Hot, both of which screen this week as part of the retrospective.

You live here. You love it. You can’t get enough of Berlin. See the capital from another person’s perspective this week. Verena Bayer moody, romantic photos of her home city hang alongside shots of Toronto by her picture-taking pal Fabio Mascarin. The artistic duo presents a dramatic portrait of two very different metropolises.

The good people of Cologne know how to throw a party. Put on your fancy dress clothes and take your places Monday among the show horses and marching bands and process through the city streets like a local. The atmosphere along the 6.5 kilometer Rosenmontag parade route is infectious. And it’s not just all the candy being thrown at the crowd. There’s a natural mystic blowing through the air.

They jump, they spin, they leap, they sway with the mystery and determination of a revolutionary. A dazzling dance troupe direct from Cuba, Ballet Revolucion fuses Latin and Caribbean rhythms with classical ballet and Beyonce-worthy hip hop to create a high-energy stage show that The Guardian says is “a bit like watching an MTV miscellany while doing cardio in the gym.” Get an endorphin high without going anywhere near a StairMaster this week in Dusseldorf.

A giant chessboard fills the main exhibition space at Portikus, but where are the pawns? Instead of your traditional kings, queens, bishops, and rooks, the American artist Lutz Bacher’s chess pieces take the form of dinosaurs, pop heroes, and icons of conceptual art – see the replica of Marcel Duchamp’s bicycle wheel. After planning out your strategy, take a seat upstairs in the sparkling black sand and watch Bacher’s 1996 video piece Blue Moon.

In the midst of a tour through Europe, The National Symphony Orchestra stops off in Frankfurt Saturday. With Musical Director Christoph Eschenbach and first violinist Arabella Steinbacher at the helm, the Washington DC based ensemble presents grand orchestral works by Beethoven, Mozart, and Bartok. Sit in the audience at the Old Opera and succumb to the waves of string section enchantment.

Everyone needs light. Even after the sun goes down. But some people live in places where there isn’t any electricity. Olafur Eliassons’ “Little Sun,” is a solar powered light developed as an attractive and affordable option for off-grid light-loving folks. See sixteen short films about the pretty palm-sized lamp in Hamburg Thursday. The series of bite-sized cinematic bits is accompanied by musical sets by the Ten Cities DJ Team and Fatoumata Diawara. It’s all part of the Lux Aeterna Music Festival, which presents a range of musical artists until March 4.

A superstar of the dubstep scene, Mala and his pals Coki, Loefah, and St Pokes pioneered the genre over a decade ago in South London clubs. For his latest project, the British producer traveled to Havana, where he loaded up his hard drive with piano, horn, and percussion samples from local musicians. Check out his mix of Cuban sounds and dubstep beats at Conne Island in Leipzig Saturday.

Mardi Gras at the Museum of Man and Nature

Put on your lion mask and head to the Museum of Man and Nature Tuesday. The natural history museum is hosting a zoologically themed party to celebrate the end of the Carnival season. Clowns and jugglers create a circus-like atmosphere that the little ones will lap up as they run around like little monkeys. Strap on some butterfly wings or paint your face like a tiger! Anything goes as long as your costume resembles a member of the animal kingdom. An extinct one you ask? Even better. Party like a Tyrannosaurus Rex.

The Stars – A Tribute to the Rolling Stones