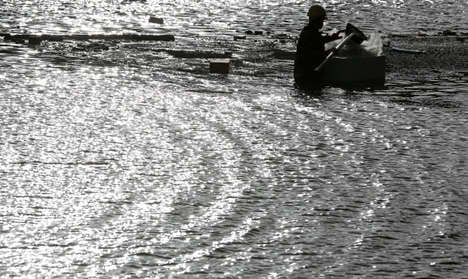 One of the affected areas in NRW is the Ruhr Valley, where much of the state’s drinking water comes from, the Westdeutsche Allgemeine Zeitung said. The paper gained access to figures from the state office for environment, which has been carrying out tests since 1992.

Of the 37,000 water samples taken from hundreds of lakes, ponds and rivers over the past two decades across the state, thousands contained a so-called biocide – in the worst case, one results showed 50 times more than the official limit.

Generally, a biocide can be a pesticide – and there is a lot of agriculture in NRW – or in household cleaning products. As biocides are designed to kill living organisms, the substance can be found in mould-eliminating sprays and other anti-bacterial items.

But the biocide is washed away and makes its way into surrounding rivers and lakes, posing potential threat on people and animals living and using the water. Some variations of the chemicals have been, the paper said, linked to cancer – as they stop cell regeneration, or mutate it.

The NRW Environmental Ministry told the paper that the biocide sources had to be investigated, and that the results found were “absolutely not ideal.”