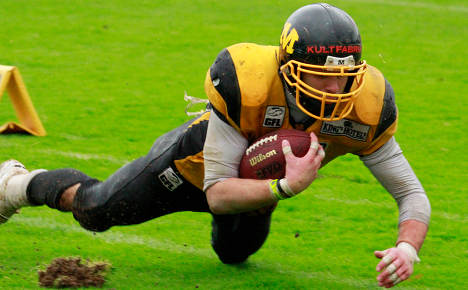 Here in Europe the word 'football' is most often associated with Association Football, which has its roots in England and which is called soccer in the USA.

So playing American Football in Europe is about the love of the game – not  money.

The big date for this year's Super Bowl is February 3. KultFabrik and the Munich Cowboys are hosting the biggest Super Bowl party in Germany that evening.

We have two pairs of tickets to give away to this great event. The winners will enjoy VIP seating and all-you-can-eat from the US-style menu.
The match will be broadcast live on a monster 40-square metre screen with American commentary.
Doors open at 8pm and whilst winners are free to apply from wherever they live, travel and accommodation costs are at the winners' own expense.
All you have to do is answer the following question correctly:
Which team has played the most games in the GFL top division?
Email your answer along with your name and contact details to [email protected]