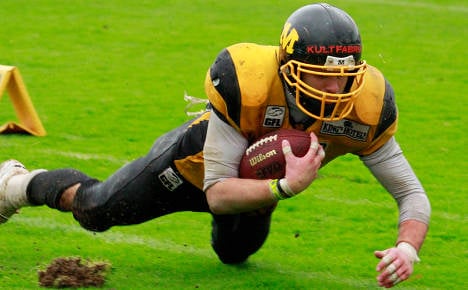 Here in Europe the word ‘football’ is most often associated with Association Football, which has its roots in England and which is called soccer in the USA.

So playing American Football in Europe is about the love of the game – not money.