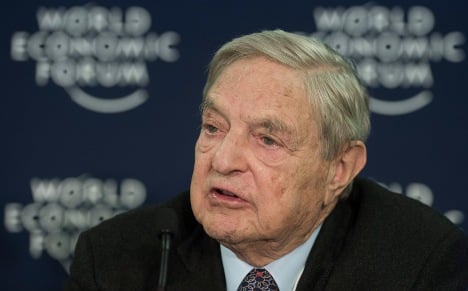 “The rest of the world follows a different recipe from the Germans. Germans believe in austerity, and the rest of the world believes in quantitative easing,” Soros said in an interview, according to news agency Reuters. “I think the biggest danger is actually, potentially, a currency war.”

Hungarian-born Soros is famous for making $1 billion in 1992 by betting against the British pound on global currency markets.

Despite his criticism of Germany’s handling of the euro crisis, Soros said the immediate threat to Europe’s single currency appeared to be receding.

Soros said Germany would always do “the minimum” to ensure the euro’s survival, Bloomberg News reported. And as other countries pursued looser monetary policies than the European Central Bank, Europe’s currency was bound to strengthen in the coming months.

“I generally don’t know how far things go but I can see which way they are going,” he said. The trend is for the “euro to rise and the yen to fall.”