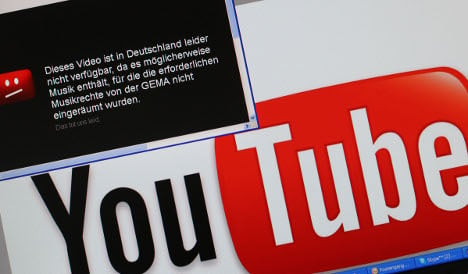 In a statement released late on Thursday, GEMA said that it is appealing to the board over the alleged unlicensed use of 1,000 music tracks in its catalogue, and is calling on the board to decide independently whether its demand for €1.6 million compensation is appropriate.

In addition, GEMA is demanding that YouTube take down the on-screen notice blocking music videos in Germany that blames GEMA for the impasse. In November last year, GEMA head Harald Heker accused YouTube of deliberately misleading German users with the notice.

“The notice about GEMA is being posted wilfully, purely to stir opinion,” he told WirtschaftsWoche magazine at the time. “YouTube is trying to awaken the false impression that the failure to license is GEMA’s responsibility. That is simply wrong.”

The last agreement between GEMA and YouTube ran out in March 2009, since when most music videos on the site have been blocked in Germany. “Up till January 2013, despite efforts on both sides, no agreement could be found on the question of the service’s copyright responsibility for the content put online, nor on the amount of remuneration,” GEMA’s statement said. “Therefore GEMA is now taking the first measures to secure appropriate compensation for the copyright holders.”

A Hamburg court is already arbitrating another row between GEMA and YouTube over how the platform should be defined. GEMA claims that YouTube is a content provider whose business model is built on content that is subject to royalties. YouTube, on the other hand, says it is a hosting service which simply makes space available to its users.

The distinction is legally important as a content provider is responsible for making sure that the content on its site does not break any laws.

For its part, YouTube owners Google had already declared at the end of last year that the talks had broken.