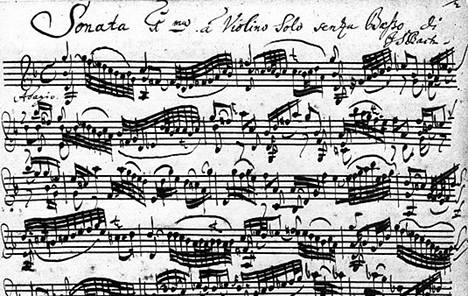 From Bach to Bach

From the Jacksons to the Wainwrights we’ve all got our favorite musical families. But the Bachs eclipse them all. Enjoy motets and organ works by Johann Sebastian Bach and his illustrious brood Saturday in Berlin. The city’s Baroque cathedral provides the perfect setting for a performance full of counterpoint and technical prowess by cathedral organist Andreas Sieling and the Leipzig Chamber Choir.

Riotous glamour and old school elegance converge at Clärchen’s Balhaus Sunday night when Gypsy Opera takes the stage. A mezzo-soprano and a baritone belt out arias from the classical opera repertoire while the four piece band weaves in 1930s rhythms. Dance along to the splendour. It doesn’t get any more dramatic than this.

The six energetic dudes in this Barcelona-based band have been going strong for ten years now. Hailing from Argentina and Columbia, the guys bring an irresistible mix of Latin-ska and “punky reggae” to the stage. Bop along with the band as they play tunes from 10 at Gebäude 9 Saturday.

My New Year’s resolution is to laugh more. Your’s too? Close your laptops and head to Orange Peel Wednesday night when improv actors from FITS (Frankfurt International Theatre Sports) goof around on stage for an hour (in English). Nice way to blow off some office steam. Have a good chuckle. And a drink too.

Six characters, each one wrestling with his or her own conundrums, create an absurd world of gothic fantasy in this Swedish circus show. Peppered with jovial circus tricks, the action takes place upon a revolving stage where eccentric performers try to communicate with each other through suction cups, ping pong balls, sparks, and cellophane. Their website says it’s “a show about wearing your fears and failures with pride.” A four week run starts Friday at Fliegende Bauten in Hamburg. See it and smile all the way home.

The early twentieth century was a tough time for artists in Germany. Though tough times often breed great art. Historian Maike Bruhns is an expert on the subject, and she’s built up a nice cache of paintings by World War II era Hamburg artists. See eighty of them by the likes of Friedrich Ahlers-Hestermann, Eduard Bargheer, Ernst Barlach, Arnold Fiedler, and others brave enough to create works between 1920 and 1950. The exhibition opens Monday at Kunsthaus Hamburg.

African Dinner at the Leipzig Zoo

Cozy up at the Kiwara Lodge at the Leipzig Zoo Friday night and enjoy an African feast. While you and your pals indulge in the exotic flavours of chickpea soup, mango Kingklip, and coconut curry rice, you’ll hear stories about the culture and traditions of the West African country Gambia. The evening culminates with a special tour into the giraffe house and the lion’s den.

Prague Through the Lens of the Secret Police

Like their Eastern European commi pals, the former Czechoslovakia had its own secret police force. Known as the Statni bezpecnost or StB, the undercover agents kept a classified list of “hostile people” and tracked their “suspicious behaviour” by taking secret photographs. A selection of these clandestine images hang at a new exhibition in Munich, which opens Wednesday. If you liked The Lives of Others, you’ll love this.

Founded by Manfred Eicher in 1969, ECM is among the most lauded labels in the jazz genre. The Munich-based record label is the subject of a new exhibition at the Haus der Kunst that features recorded music, photographs, graphics, and rare concert footage including a film from a live performance by Keith Jarrett, Jan Garbarek, Palle Danielsson and Jon Christensen from the early 1970s. Get comfy at one of the listening stations and give your ears a treat. The Evan Parker Electro-Acoustic Quartet performs Friday as part of the show’s live concert series.

Getting married? Bavarian brides and grooms will find everything they need for the big day at the MOC Event Center this weekend when frothy white gowns, multi-tiered cakes, and jubilant floral arrangements go on display. Hochzeitstage is a one stop shop for all your wedding needs. Check everything from the DJ to the honeymoon off your list. Done and done. Now go get hitched!

Grace and Virginia Kennedy are American twins who spent their early childhoods with little social interaction. They communicated with each other in their own made up language, calling each other “Poto” and “Cabengo.” A fascinating story indeed. In 1979, the French filmmaker Jean-Pierre Gorin made a documentary film about the girls, which screens Thursday as part of the “Acts of Voicing” exhibition at the Württembergischer Kunstverein Stuttgart.