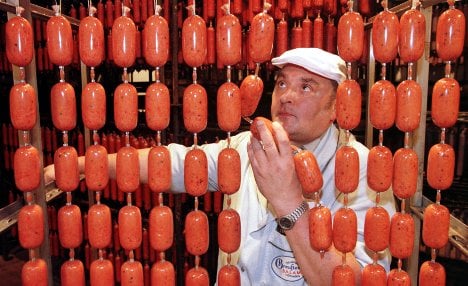 According to the report, a laboratory tested some 50 samples collected from ten different German cities. Eight of the samples were found to contain dangerous germs, including some taken from a bakery in Osnabrück and budget supermarkets in Hamburg and Cologne.

Contaminated mincemeat was also found in Leipzig, Munich, and Essen.

The Green party’s agriculture spokesman Friedrich Ostendorff said he was extremely concerned about the report. “Antibiotic-resistant germs on meat eaten raw are a ticking time bomb,” he told the paper. He said the germs could make bacterial infections like salmonella effectively untreatable with antibiotics.

Mettwurst is a much loved raw sausage meat often eaten with onions on white bread rolls.