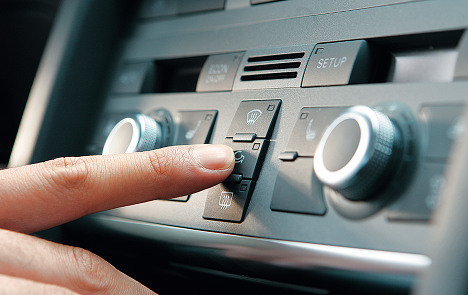 New European rules regarding refrigerant fluid in car air conditioning systems were due to come into force at the start of 2011. The older chemical mix was to be phased out and replaced by a new, more environmentally friendly one – known as R1234yf.

And while the rest of the automobile world geared up to make the swap, Daimler refused. It said cars using the new fluid burst into flames during crash testing, presenting “huge risks for those inside and helpers at the scene of a crash,” a Daimler spokesman said.

The German car giant won two years’ grace as the company making the new refrigerant had problems delivering enough of the product, meaning that the swap over was pushed back – until now. Cars certified from the end of 2012 should only use the new coolant, while it must be phased out of older cars from 2016.

Talks between Daimler, EU officials and the German Federal Motor Transport Authority (KBA) are still continuing, but Daimler is sticking to its position that the new fluid simply is not usable, the spokesman said.

Daimler’s A and B class cars, as well as their sporty SL model were all certified should use the new coolant fluid. But the firm’s spokesman said it was not expecting to face fines because “cars exploding during crash tests opened up a whole new situation.”

BMW has also said that following Daimler’s discovery, it was thinking about calling for more tests. But unlike Daimler, it has not had any cars certified since the EU’s decision.