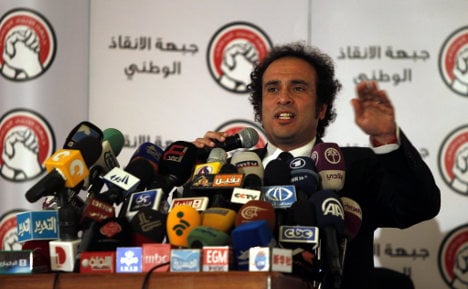 “The reports from Egypt fill me with concern,” Foreign Minister Guido Westerwelle said in a statement.

“The new constitution can only meet with acceptance if the process of its adoption is beyond reproach. Allegations of irregularities must therefore be investigated in a quick, transparent and decisive manner.”

He said Egypt would only have a successful future “if all social groups reach out to each other”.

“Not the power of the street but rather the spirit of compromise and tolerance should determine the way forward for Egypt,” Westerwelle said.

Egypt adopted the new constitution with nearly two-thirds support, official media said on Sunday, in a referendum which had been preceded by weeks of sometimes bloody protests.

The secular-leaning opposition alleged that fraud handed victory to Islamists backing the “yes” vote on the charter, which it says limits the freedoms of religious minorities and women.

It said it would appeal against the results.

Approval of the constitution would trigger parliamentary elections in two months’ time to replace an Islamist-dominated assembly that was dissolved by Egypt’s constitutional court before President Mohamed Morsi’s election in June.