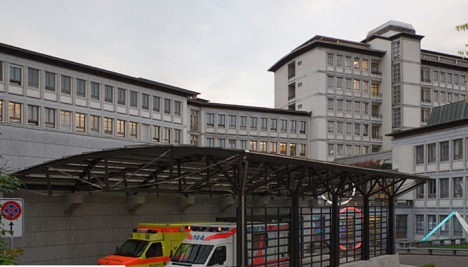 Two teams of surgeons at the Zurich University Hospital had carried out a live liver transplant and simultaneously transplanted large blood vessels and replaced part of the same patient's heart with regenerated tissue, the hospital said in a statement, describing the operation as a "world first".

The patient, a 22-year-old woman whose name was not given, had been diagnosed in April with a large tumour on her liver, measuring 10 centimetres in diameter.

The tumour, which was brought on by a so-called fox tapeworm infection, had attacked the liver, the vena cava —  the large veins discharging blood into
the right atrium of the heart — part of the diaphragm and part of the heart, the hospital said.

At the end of September, one team of surgeons had regenerated the vena cava from a donor blood vessel, and had largely reconstructed the right atrium of the heart with regenerated tissue.

Simultaneously, a second team of surgeons had worked in a neighbouring operating theatre to partially remove the patient's sister's liver, and had transplanted it to the patient, the hospital said.

More than 20 specialists had taken part in the parallel operations, which lasted a total of 11 hours, according to the statement.

The patient is currently doing well and on her way to recovery, the hospital said.

"The operation has shown that the ambitious combination of a live liver transplant with a partial heart resection is possible," professor Pierre-Alain Clavien, who led the operation, said in the statement.

"Patients who have tumours that have already affected several organs could benefit in the future from what we have learned," he said.