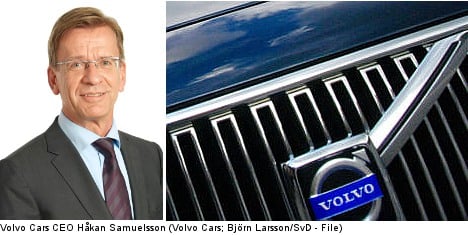 The company’s target of breaking even on an operational level this year would be “very, very difficult to reach,” Håkan Samuelsson told the Financial Times, adding that for next year, “the target is still to break even, but that will also be very tough.”

Speaking to the press for the first time since taking the helm of the company in October, Samuelsson also told Swedish business daily Dagens Industri that Volvo expected to sell “in the order of” 400,000 to 410,000 cars next year.

Volvo sold 383,000 cars in the first 11 months of this year, which was six percent fewer than in same period last year.

It also operates assembly plants in several countries including Russia and Indonesia.

It bought Volvo Cars from Ford in 2010, but the iconic Swedish brand has since seen its market share decline and profits dwindle.

In the first 11 months of the year, Volvo’s sales in China fell at a faster pace than in its other markets, even though the company had said it would make the country a priority. 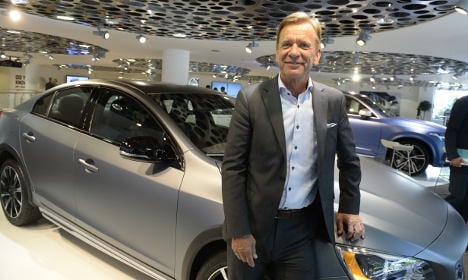 Note: An earlier version of this story said that first-half profits fell. While net profit attributable to shareholders indeed fell, overall net profits were up. The story has been amended to reflect this.

Operating profit surged by more than 70 percent to 1.66 billion kronor, thanks to a strong US currency and robust sales of Volvo's SUV model XC60.

But net income attributable to owners of the parent company dropped by 60 percent to 173 million kronor (18 million euros, $20 million).

Volvo's overall car sales in terms of units rose by 1.4 percent to 232,284 during the first half.

The strongest sales growth was registered in Sweden and western Europe, while they remained stable in the United States and declined in China, by 1.2 percent, and the rest of the world, including Russia.

The number of Volvo employees has risen by 10 percent in the past year, to 28,000 worldwide.

Despite its economic slowdown, Volvo plans to boost its presence in China and has acquired 50 percent of three joint ventures from parent company Geely: two assembly plants and one research and development centre.