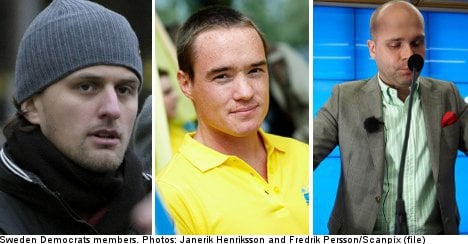 Prosecutor Mats Åhlund had previously said they may be guilty of racial agitation (hets mot folkgrupp), but that would require that the offensive language had been intended to reach a larger crowd.

Neither will they face any charges for picking up iron pipes in an apparent bid to protect themselves against a drunken man whom they had argued with earlier in the evening.

“There is no reason for us to assume they picked up the pipes in order to assault someone,” Åhlund told the TT news agency.