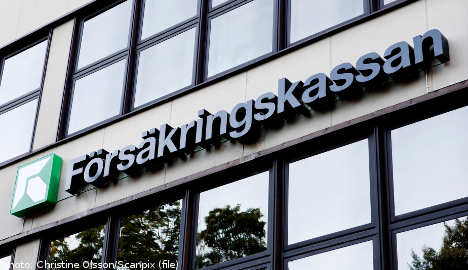 The Sundsvall resident tricked the Swedish Social Insurance Agency (Försäkringskassan) over a period of several years by claiming compensation for an aid assistant that wasn’t actually needed.

“The person in question seems to have duped the whole community,” said Petter Källman, head of the financial crimes unit at the Sundsvall police, to the local Dagbladet newspaper.

An unidentified source tipped off the agency in January, prompting an investigation which was later turned over to police.

“This is one of the biggest frauds in recent years, that’s for sure,” said the agency’s own investigator Svante Borg to the TT news agency.

The police say they now have firm evidence implicating the fraudster, collected through surveillance and witness questioning.

Prosecutor Lo Jonsson, who is heading the preliminary investigation in Sundsvall, remained tightlipped about the case, refusing even to reveal the suspect’s gender.

“I don’t intend to say anything about this investigation. I think it’s extremely unfortunate that it has leaked out to the media,” she told the paper.

She added that a “great deal” of work remained before the investigation was finished and charges could be filed.

A number of similar cases have cropped up in Sweden over the last few years, with con artists capitalizing on Sweden’s generous benefits for people with disabilities.