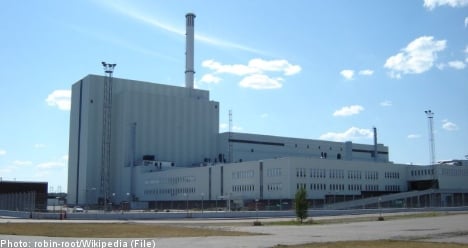 All of the detainees are foreigners and public radio station Sveriges Radio (SR) identified some of them as Germans.

Some 29 activists from the environmental group Greenpeace were charged with trespass and one was charged with aggravated trespass.

The latter was charged with the more serious offence as he was able to remain within the power station for more than a day.

The charges relate to the a break in to the Forsmark nuclear power plant in eastern Sweden and could see the activists fined. Four interpreters were employed to assist the court.

More than 60 activists in total including two from environmental group Greenpeace on Tuesday entered two of Sweden’s three nuclear plants to highlight security weaknesses and concerns over the safety of the decades-old facilities.

“Our two activists left by themselves to be on the evening TV news. They were never found” while on the premises, Greenpeace Sweden spokesman Daniel Bengtsson said on Wednesday.

“It’s really surprising that they were able to stay hidden for so long. We thought we’d stay for 24 hours, and it’s been 38 hours.”

While the two were able to avoid detection at the Forsmark facility, other activists who had entered the southern Ringhals plant were found by police on Wednesday afternoon.

Eva Hallden, director of the Ringhals plant, told the TT news agency that the security response would have been more intense if the intruders had been considered dangerous.

The government has called on Vattenfall, which operates both plants, to explain the fiasco.

Environment Minister Lena Ek said during a press conference that the government would consider measures to improve security.

Some 35 percent of electricity in Sweden is generated from nuclear power.

Results of the European Union’s stress tests of European nuclear reactors have shown that immediate safety upgrades costing billions of euros are needed in power plants “nearly everywhere” in Europe.

Many of the EU’s 132 reactors failed to meet international safety standards, according to the report released last week, which was commissioned in the aftermath of Japan’s Fukushima disaster in March last year. 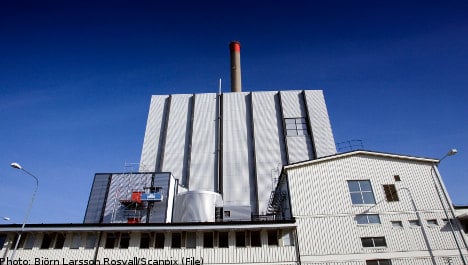 The blaze started shortly after 9am at Ringhals’ Reactor 1 and was extinguished less than an hour later.

“The smoke came from oil inside the insulation on one or several of the pipes in the turbine hall,” emergency services spokesman Roger Banck told the TT news agency.

However, the reactor continues to operate at half capacity and it remains unclear how long it will continue to do so.

“Now we have to disassemble certain parts in order to access where the fire took place and see what the damage is and we don’t know how long that will take,” Ringshals spokesman Gösta Larsen told TT.

Ringhals’ Reactor 1 was restarted on Tuesday after having been shut down the day before due to a broken meter.

The reactor had been closed for inspection for the previous five weeks and it was undergoing a test run when the meter malfunction was discovered.

Reactor 4, which also remains shuttered for a safety review, is supposed to be restarted on Sunday.

On Tuesday, the Swedish Radiation Safety Authority (Strålsäkerhetsmyndigheten, SSM) announced Ringhals would no longer be held under special observation, a status implemented for Ringhals by the agency back in 2009 following a series of safety lapses.