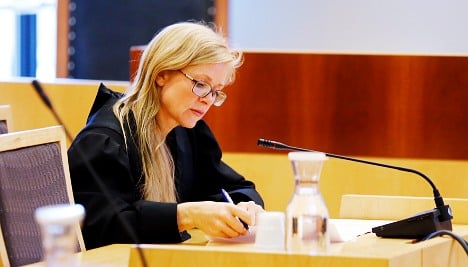 Prosecutors had called for the two friends to be imprisoned for 18 years for the brutal killing on July 10th last year in Rustadsaga, south of Oslo.

Strømner’s body was found three months later behind a shed in nearby Klemetsrud.

The victim’s 22-year-old ex-girlfriend was charged with hitting him in the throat with an axe while he slept at her home in Rustadsaga.

Her 23-year-old friend, who was also at the scene at the time of the attack, was charged with helping to plan and execute the murder.

The women admitted to the murder but claimed they acted in self-defence against a man who regularly beat his girlfriend.

During the trial, several other women have also claimed to have been abused by the victim.