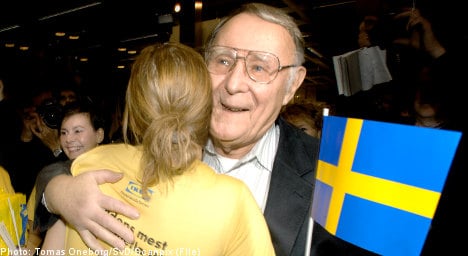 “Ingvar will no longer be there to give his point of view, give advice or support,” Göran Grosskopf, chairman of Ingka Holding, the Dutch parent company that comprises all of the family-owned Ikea businesses, told the daily Expressen.

But Grosskopf later denied the report.

“With regard to the media reports about Ingvar Kamprad, I want to underline that we still have the pleasure of having him as Senior Advisor to the Supervisory Board for Ingka Holding BV,” he said in a written statement to the Svenska Dagbladet (SvD) newspaper.

Expressen also based its report on an interview with Kamprad’s three sons Peter, Jonas and Mathias Kamprad in an internal Ikea newsletter.

But the company denied that Kamprad had passed the torch, stressing that he was still acting as an advisor, and said the interview with his sons did not imply that there had been any changes.

“There has been no news,” Ikea spokeswoman Ylva Magnusson told AFP.

As an unlisted company with a complex ownership structure, gaining insight into the inner workings of Ikea is difficult.

The sons have maintained a low profile over the years as they slowly moved up through the company, and have rarely spoken out in the media.

Kamprad meanwhile indicated he was still involved in daily operations, commenting on a management change in a statement issued later in the day.

Ikea announced that Peter Agnefjäll, 41 and currently the head of Ikea Sweden, would take over as managing director for the Ikea Group, placed under Ingka Holding in the corporate structure. He will replace Mikael Ohlsson, 55, on September 1, 2013.

“I want to thank Mikael for all his hard work and for having put his heart and soul into Ikea for more than 34 years, especially as managing director in recent years,” Ingvar Kamprad said.

In June, speculation that Ingvar Kamprad was preparing his departure from the unlisted group mounted when his three sons posed for a picture for Swedish financial daily Dagens Industri and a company spokesman detailed their individual responsibilities.

Peter, “who turns 48 this year”, was described as “the economist” who has taken control over the conglomerate Ikano, the Luxembourg-based company that runs the family’s financial, property, insurance, capital management and retail holdings.

Jonas, “who will be 46 this year”, is “the creative designer and product developer” who sits on the board of Ingka Holding, Dagens Industri said.

And Mathias, “who turns 43 this year”, is described as “the businessman and initiative-taker in the troika” who focuses on Inter Ikea Holding, which owns the Ikea concept and brand.

The Swiss magazine Bilan in June named Ingvar Kamprad Europe’s richest man, with an estimated fortune of $37.5 billion including the holdings in the family-owned foundation.

He is known for being relentlessly frugal and has been harshly criticized for his ties to the Nazi youth movement during World War II, which he later described as the “folly of youth” and “greatest mistake of my life”. 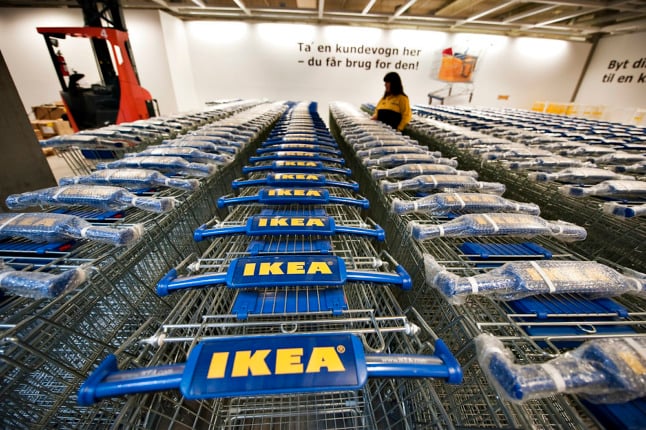