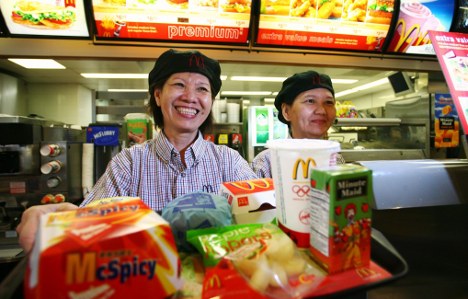 The books are being given out instead of the more usual toys in cooperation with the Endowment for Reading (Stiftung Lesen). Industry watchdog Foodwatch slammed the idea.

“With this cooperation, the Endowment for Reading is helping McDonald’s improve its image and sell more fast food to children,” the group wrote in an open letter.

“The Endowment for Reading is supporting a company that has marketed high-calorie burgers, fries and soft drink to children,” wrote Foodwatch, which accuses McDonald’s of shaping the tastes and eating habits of kids, “so that they will remain lifelong customers.”

The Endowment said the criticism came as no surprise.

“We knew this would be a controversial action,” communications director Bettina Müller told Spiegel Online .

“But we are of the opinion that in light of the shockingly high levels of illiteracy, we need to think outside the box.”

The Endowment for Reading has described the McDonald’s partnership as a chance to reach children in families with low levels of education.

Some four million children’s books are expected to be distributed as part of the promotion.