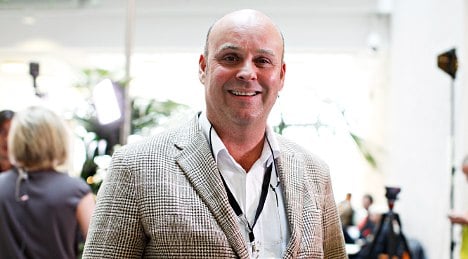 "YEEEEEEESSSSSSSS!!!", said Emma Martinovic, while Viljar Hansse, who took one of Breivik's bullets to the head on Utøya Island, tweeted: "Finished. Period."

"This crap is finally over. Life can start now," another Utøya survivor, Ingrid Nymoen, said on the micro-blogging website.

"I'm going to fully live the first day of the rest of my life," said Frida Holm Skoglund.

The Oslo court's unanimous verdict found Breivik responsible for "acts of terror" in setting off a bomb in the Norwegian capital that killed eight people and then shooting 69 more, mainly teenagers attending a Labour Party summer camp, on the island.

Knut Storberget, who was Norway's justice minister at the time of the attacks, hailed the verdict, telling television channel TV2: "It's a good basis for him to stay in prison for the rest of his life."

"It's the heaviest sentence he could get."

"It's a good and correct ruling," tabloid VG wrote in an editorial on its online edition.

"Anders Behring Breivik knew what he was doing, that it was evil," it added.

"It is morally right that he who does wrong should be held responsible."

Judges had to decide whether the 33-year-old loner, who had confessed to the attacks, was sane or insane when he carried them out on July 22nd last year.

He claimed he was pursuing a mission against Europe's "Muslim invasion" and all those who promote multiculturalism.

The prosecution said he should be put in closed psychiatric care — contrary to what Breivik wanted or what most of the families of the victims and the general public in Norway desired.

"I'm very pleased by this verdict, it lends credibility to the Norwegian justice system, Bjørn Kasper Ilaug, whose boat picked up terrified teenagers trying to swim away from Utøya, told AFP.

"A person who prepares attacks like this for so long and so precisely can only be of sound mind."

Even though it was difficult for families of the victims to again listen to the horrific details of the massacre in court on Friday, most Norwegians expressed their relief and satisfaction that the whole case was finally over.

"I'm very relieved, I feel that justice was done," said Unni Espeland Marcussen, who lost her 17-year-old daughter Andrine on Utøya, in a post on the website of the daily Aftenposten.

Breivik "will have to take responsibility for everything he did and serve his prison term," she added. "And that seems right to me, because I think he knew what he was doing."

Psychiatrist Kjersti Narud told the NTB news agency that the verdict was fair.

"Breivik showed a high degree of consistency during his detention," she said.

"I can't rule out that he might have been suffering from psychosis at the time of the attacks, but if he was, it could not have been extreme enough to exempt him from criminal responsibility."

Defence lawyers said that Breivik would not appeal the verdict, although the prosecution still has the right to do so.

"If there's no appeal, it means we will have peace, there'll be no need to mobilize for a new trial," Marcussen said. "We can then mourn more deeply … it'll be good to put it all behind us."

Other reactions from abroad on Twitter were more mixed, but mainly saying they could not understand that Breivik was given "only" 21 years in jail.

Under Norwegian law his sentence, though it is the maximum for the charges against him, can be extended indefinitely for as long as he is deemed to be a danger to society.