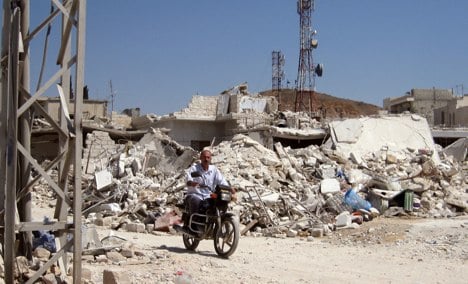 According to a report in Sunday’s Bild am Sonntag newspaper, Germany’s foreign intelligence service (BND) is behind the mission.

The BND is operating ships in Syrian waters that are designed to detect troop movements 600 kilometres (400 miles) inland. German agents then pass their findings onto US and British intelligence services, who then hand it over to Syrian rebel forces.

“No western intelligence service has such good sources inside Syria” as the BND,” Bild am Sonntag quoted an unnamed US official as saying.

A defence ministry spokesman told news agency AFP it was “correct that a ship is currently on an operation in the region that is due to last several months” but denied it was a “spy boat” as it has been presented in the German press.

“We do not give out information regarding operational details of the current mission,” the spokesman added.

But the role of the BND doesn’t end here. German agents are also stationed at the NATO base in the Turkish city of Adana, where they are active in helping the Syrian opposition movement.

“We can be proud of the significant contribution we are making to the fall of the Assad regime,” a BND official told the newspaper.