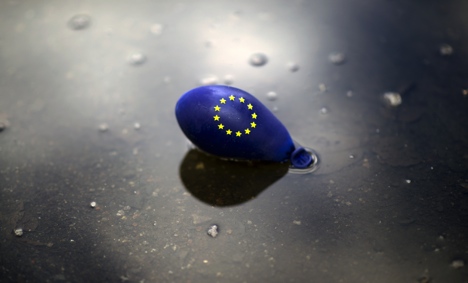 The study, conducted by the Allensbach research institute, asked respondents how they would vote in a referendum on Germany’s membership of the eurozone.

It found that 50 percent of Germans said they would vote in favour of holding on to the single currency.

Less than one in three people said they would like to see Germany go it alone. The remaining 21 percent were undecided.

But Germany’s confidence in the eurozone may still be shaken. On Saturday leading economists called for a devaluation of the euro against the dollar in a bid to help crisis-stricken eurozone nations.

“I imagine that the euro must continue to lose value,” economist and Oxford lecturer Clemens Fuest told the Welt am Sonntag newspaper.

“The Germans need to change their position,” said De Grauwe. “Their desire for an expensive currency is purely emotional and has little to do with rational analysis.”