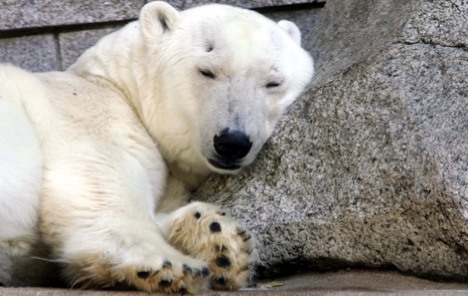 It’s two years since Jerka and Lars the polar bears were struck down with the mutated encephalitis virus at Wuppertal zoo in western Germany.

Since then scientists have been trying to get to the bottom of just how the polar bears came into contact with a virus that is known to have first originated in zebras.

The polar bears were found to have been housed 68 metres (75 yards) from the zebra enclosure in Wuppertal and the two species were cared for by different keepers.

One theory points the finger at mice or rats in the belief that they spread it around.

Indications that this particular strain jumps from species to species have left scientists alarmed.

“These viruses do not seem to respect species boundaries and in fact we don’t really know whether they have any,” said Klaus Osterrieder, a professor at Berlin’s Free University, who took part in an investigation into the case.

“One conundrum is that these viruses are not particularly stable in the environment, so it is important to figure out how they move between species,” Osterrieder said.

Back in 2010 vets were unable to resuscitate Jerka, the female bear.

“The symptoms were quite shocking, and it was completely unclear at the time what was causing them,” Wuppertal vet Arne Lawrenz said in a statement on Thursday.

“We tried to stabilise both animals for days. In the case of Jerka, we were sadly unsuccessful.”

Fortunately her mate Lars recovered after several weeks and is still alive today.