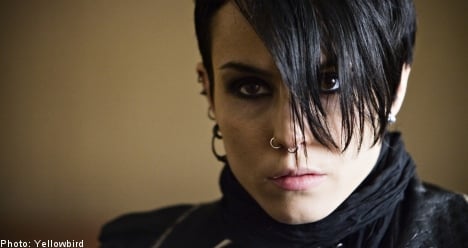 “It is for the best,” she told Norwegian daily Verdens Gang (VG).

The 32-year-old Swede who made her unlikely international breakthrough as Lisbeth Salander in the Swedish language filmatization of the Stieg Larsson thriller “The Girl with the Dragon Tattoo”, plans to concentrate on English language film roles.

“I am going to work a lot in London and the USA, and it is therefore easier to have a base in London,” she said to VG.

Following her success in the Millennium trilogy films, Rapace landed roles in “Sherlock Holmes: A Game of Shadows” and the lead role of Dr. Elizabeth Shaw in the Ridley Scott science fiction film “Prometheus”.

The success, and the higher profile that comes with it, have however brought greater media attention and has given Rapace pause for thought.

“I feel that I have to protect my son (Lev, with ex-husband Swedish actor Ola Rapace) and my friends. I have to think about how I behave,” she said.

But despite her move to London, Rapace plans to continue to work in Swedish language film and is due to play Anita Lindblom in “Knockout” a film about the 1960s diva’s tumultuous relationship with the boxer Bosse Högberg.