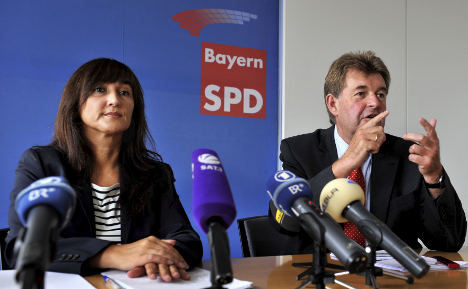 The four largest Mafia syndicates are operating in Germany under perfect conditions, according to the opposition Social Democrat (SPD) party in Bavaria. Police expert of the Bavarian SPD Harald Schneider criticized on Friday bureaucratic barriers to cooperation between Italian and German authorities.

“From the perspective of colleagues (in the police) Germany is a promised land for the Mafia” said Schneider, who is the former head of the Bavarian police union, at a meeting of the local SPD fraction in Munich on Friday.

Speaking at the same meeting, Italian politician and Mafia expert Laura Garavini said Germany was one of the “top countries” for Italian gangsters.

Bavaria, Baden-Württemberg and North Rhine-Westphalia are especially popular among the Calabria-based ‘Ndrangheta gang, responsible for seven Mafia murders in Duisburg in 2007, along with the Sicilian Cosa Nostra, the Naples-based Camorra and the Sacra Corona Unita, said Garavani.

Since 2007 there have been 25 prosecution cases against Italian organised crime syndicates operating in Germany, 15 of which with proven links to the Mafia. Bavarian authorities estimate there are around 65 active Mafia gang members in the state alone.

Garavani said the gangs’ operations focused mainly on the drug trade and money laundering, and used increasingly inventive methods such as investing money in wind energy.

The Bavarian SPD demanded tougher police coordinated action against Mafia gangs and proposed a hearing of experts to investigate the situation.

Schneider said Europe-wide rules were needed to ensure police are able to cooperate across borders, and that more police resources should be concentrated on the fight against the Mafia in Germany.