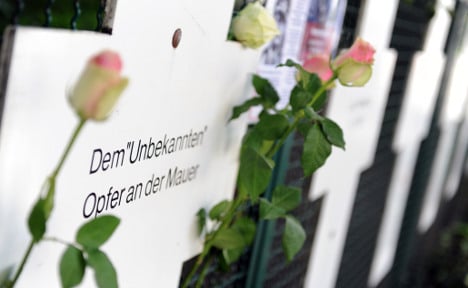 While research into deaths at the Berlin Wall was completed in 2009, there has been no official effort so far to clarify the number and names of those killed along the longer border between the former East and West Germany.

Researcher Klaus Schroeder, of Berlin’s Free University, who is leading the

three-year project, said he believes 500 to 700 people died along the nearly

“The results of the project are not only for clarity over the number of victims but to restore to the dead a name, a face and their dignity,” Culture Minister Bernd Neumann said.

The project, funded with some €500,000, is to be wrapped up by the end of 2015 when short biographies of the victims will be made available on the internet, officials said.

Its launch comes ahead of Monday’s anniversary of the building of the Berlin Wall in 1961.

Official research puts the number of deaths at the Berlin Wall alone at 136, but the numbers are disputed due partly to different criteria. A new list published by the Checkpoint Charlie Museum, marking Berlin’s iconic Cold War border crossing, says the number of people who died trying to flee East Germany was 1,676.

The list is a “working document” and the figure is “not definitive”, the museum said, adding this year that it had included German deaths at the borders of Czechoslovakia, Hungary and Bulgaria.