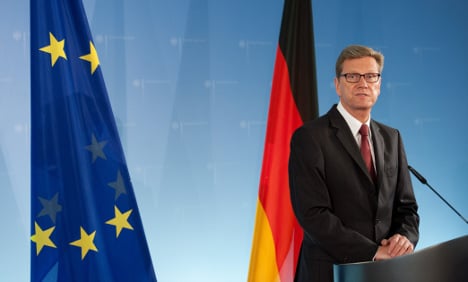 Foreign Minister Guido Westerwelle said lawmakers had a crucial role to play that should not be undermined in times of turmoil.

“The parliamentary checks on European policy are beyond any debate,” he said in a statement in response to Monti’s remarks in Monday’s issue of German news weekly Der Spiegel.

“We need a strengthening, not a weakening, of democratic legitimisation in Europe.”

“As a dyed-in-the-wool parliamentarian, I can only say that the rights of parliament or parliamentarianism must not be eliminated with a strengthening of executive institutions in Europe.”

In an interview that prompted a fierce reaction among German deputies, Monti called on national leaders to maintain clear room for manoeuvre in relation to their national parliaments.

“If governments were to let themselves be bound completely by the decisions of their parliaments without maintaining their own scope for negotiation, Europe is more likely to break up than see closer integration,” he warned.

The Federal Constitutional Court has repeatedly reasserted parliament’s right to have its voice heard in Germany’s response to the debt crisis.

The tribunal is to rule on September 12 on legal challenges to the setting up of a permanent crisis-fighting fund – the European Stability Mechanism – as financial markets nervously await a decision.

Asked about fears Monti voiced that tensions sparked by the eurozone crisis could rip Europe apart, deputy government spokesman Georg Streiter said Berlin did not share the concerns but called for “calm.”

In his statement, Westerwelle called the at times toxic tone of the debate about the eurozone debt crisis “dangerous” for European unity.

“Attempts to boost one’s profile at home cannot be the force driving actions in any country in Europe, not in Germany either. The situation in Europe is too serious, there is too much in play,” he said.

He was reacting to an interview with a member of Merkel’s conservative bloc, Bavarian state Finance Minister Markus Söder, in which he said ailing Greece should exit the eurozone by year’s end and not receive any more European aid.