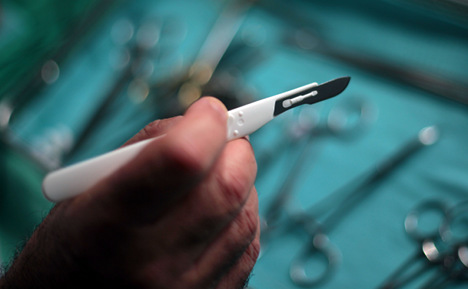 The pro-circumcision petition, which the three men have called Wir gegen Rechtsbeschneidung meaning “together against snipping off our rights” has garnered more than 300 signatures in just a few weeks and is growing.

Hosted on the change.org website, founders Mike Delberg, Michael Groys und Anil Celik will present the petition to the German government when they get 1,000 signatures.

The men behind the petition believe that the right to circumcise, and the right to be circumcised is one of the most important parts of both Judaism and Islam.

They challenge German courts prescribing when or if a person can practise such a vital part of their religion.

They claim that the new ruling curtails their rights, and say Muslims and Jews will have to travel out of the country they live in to obtain a legal circumcision.

The furore and uncertainty has spread beyond German borders. Austria’s Jewish community (IKG) said on Monday it was working jointly with its German and Swiss counterparts to keep religious circumcision legal, after repeated calls for an end to the practice.

The IKG was organising an international coordinating group with the Jewish communities in neighbouring Germany and Switzerland, IKG president Oskar Deutsch told the Austria Press Agency on Monday.

In Germany too, MPs adopted a cross-party motion calling on the government to protect religious circumcision.