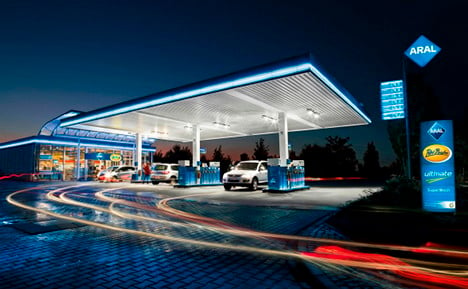 Germans seem to be willing to shell out for a nice vehicle but less keen to keep it running, as the number of fuel thefts from the country’s 14,100 petrol stations is on the rise, the Frankfurter Allgemeine Zeitung (FAZ) said on Monday.

The figures, compiled by car trading website auto.de, showed that in 2010 around 80,000 pump-and-run incidents were reported to the police. In 2011 this number had climbed by just over six percent to 85,000.

And despite most petrol stations being fitted with cameras, under half of thefts in 2011 were solved – almost 80 percent of the 31,000 cases solved were done by men. Numbers for pensioners and new drivers were non-existent.

The auto.de study also suggested that the recorded figures could be just 20 percent of the actual number meaning that there could have been 425,000 thefts in the space of a year.

Unsurprisingly, the auto.destudy found that drivers were more likely to steal from stations in bigger cities. According to the survey, industrial city Solingen was the hottest spot for fuel theft – with every petrol station being hit on average of 22 times a year.

But police statistics told a different story, naming Cologne in North Rhine-Westphalia, as the place to be for a diesel dine-and-dash – with an average of 244 petrol thefts per 100,000 inhabitants.

The cities with the least reported thefts were Karlsruhe, Stuttgart, Bielefeld and affluent Munich.