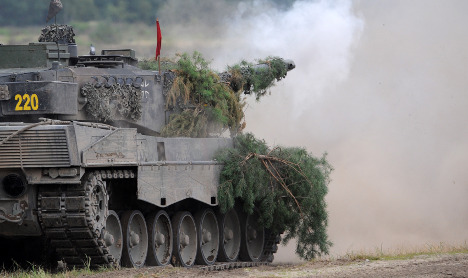 The report says the Qataris are interested in acquiring the Leopard-2 tanks and that a delegation from defence firm Krauss-Maffei Wegmann had already travelled to Qatar to discuss the possible deal.

Last month, Saudi Arabia expressed interest in buying between 600 and 800 Leopard-2 tanks, Germany’s main battle tank, for up to €10 billion, according to the report.

The Saudi discussions caused difficulties for Chancellor Angela Merkel, who came under fire from opposition politicians and even members of her own ruling centre-right coalition in light of the democratic uprisings of the Arab Spring in the Middle East.

The German government is also pushing within NATO for a list of third countries to which arm sales should be allowed for strategic reasons, but the motion was defeated by other members at the NATO summit in Chicago in May.

The report says both Merkel’s office and the economy ministry were in favour of the deal with Doha.