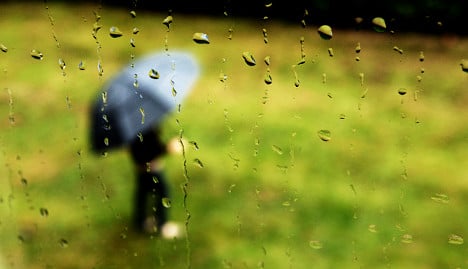 Norway's national meteorological agency recorded 65.1 millimetres of rain in Bergen in the 24-hour period from 8am on Sunday to 8am on Monday. Most of the rainfall, 43.5 millimetres, hit the city after 8pm on Sunday, newspaper Bergens Tidende reports.

After checking the statistics, meteorologist Kjersti Opstad Strand was able to confirm what most residents could already feel in their bones: "Yes, it's a record," she told the paper.

The main weather station in the city's Florida district has never seen so much rain in July in its 29-year history, she said.

Strand had to look at the figures for the previous station, in Fredriksberg, to find that meteorologists there had recorded a decidedly moist 79.1 millimetres of rainfall on July 31st 1938.

But despite the massive downpour, Bergen was not the wettest place in Norway on Sunday. That dubious honour went to Liarvatn, 30 kilometres east of Stavanger, which topped the charts with a soggy 75.5 millimetres.