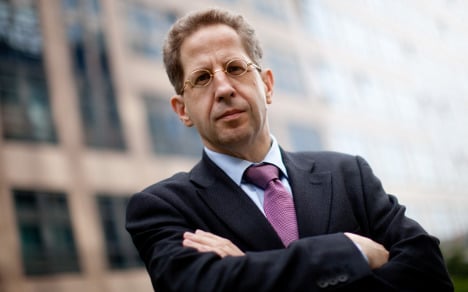 The nomination of lawyer Hans-Georg Maaßen for the honour was rejected by academic chiefs at the Free University of Berlin after they read about his report recommending the German government deny the prisoner re-entry to the country – effectively abandoning him in prison.

Der Spiegel magazine said Maaßen’s report was instrumental in the Free University’s decision to deny him an honorary degree because his actions did not conform to the university’s basic principles.

He had been nominated by the university’s law department, but a confidential academic committee meeting on July 11 voted against honouring Maaßen by 12 votes to 10, unnamed university sources told the magazine.

The university refused to comment officially on Maaßen’s rejection, but academic sources cited by the magazine said it was highly unusual for the committee to deny anyone an honorary degree following a nomination.

Maaßen is due to take over the domestic intelligence service on August 1, but his fitness for the post has been questioned because of his role in the affair of Murat Kurnaz, a Guantanamo Bay prisoner from the German city of Bremen.

Kurnaz was arrested in Pakistan by the US shortly after the 9/11 terrorist attacks, suspected of supporting the Taliban. He was taken to Guantanamo Bay in Cuba and tortured and interrogated before his eventual release in 2006.

But the US had already offered to release Kurnaz back to Germany in 2002, only for the German government to deny him re-entry to the country – because that he had violated the terms of visa by spending more than six months outside Germany, even though this was due to his imprisonment.

Maaßen wrote the report recommending this decision, which was approved by the centre-left government at the time – in effect condemning an innocent man to another four years in Guantanamo Bay. The decision was only overturned in 2006, and Kurnaz now works as a social worker in Bremerhaven.

An analyst quoted in Der Tagesspiegel newspaper said that Maaßen was considered a “hardliner” on immigrant policy and “not known for his anti-racist positions.”

Conservative Interior Minister Hans-Peter Friedrich had praised Maaßen as a “proven expert and brilliant lawyer” earlier this week. He designated him to take over from Heinz Fromm who resigned after 12 years over intelligence failures in the investigation of a right-wing terrorist group.