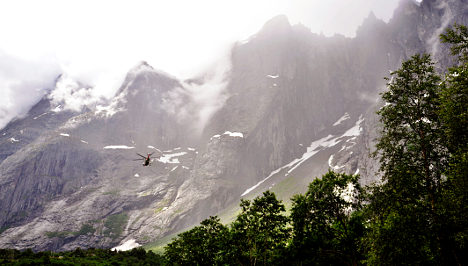 "Five climbers have been working on getting the man down and when they reached him they saw that he was dead,” said Kjell Biesmans, who led the police operation.

The man, aged around 30, jumped from Stabben Mountain before colliding with the mountainside at a height of some 800 metres.

Police and rescue officials learned of the accident at 10am on Wednesday.

"According to the report we received, the base jumper hit the side of the mountain after flying without a parachute for four seconds,” police officer Vebjørn Bale told NRK.