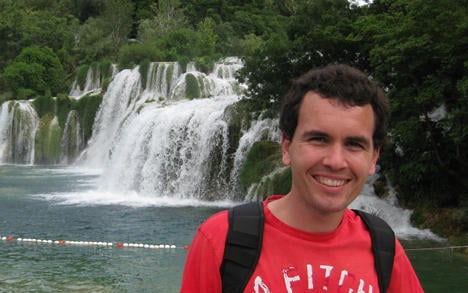 But according to media reports, the case might be being used to curb tax evasion in the art world.

Police held Nils Jennrich, 32, on March 29 and formally detained him on May 7 for allegedly under-reporting the value of imported art to evade 10 million yuan in taxes, lawyer Nancy Murphy said. A Chinese colleague was also detained.

Justice Minister Sabine Leutheusser-Schnarrenberger told Die Welt newspaper in an interview to be published Wednesday that Jennrich was being kept in “unacceptable” conditions that did not meet international standards.

She has asked officials in Beijing if he could “be released on bail, or at least be granted house arrest.”

A document from customs police said Jennrich was “accused of violating various anti-smuggling provisions of the laws and regulations,” Murphy told AFP.

The company imports a small amount of art, while focusing on providing storage for mainly Chinese pieces belonging to clients, according to managing director Torsten Hendricks. While undervaluing imported artwork might be practised among individual collectors in China, he said, his company rarely handled such clients.

“It doesn’t make sense,” he said. “Most of the goods stored in our warehouse, again, nearly 95 per cent, were of Chinese origin.”

Investigators have until December to present charges to prosecutors who will then have three months to determine whether to pursue the case, she said. Jennrich has been denied bail.

The sentence for evading more than 500,000 yuan in duties ranges from 10 years to life, though courts may issue lighter sentences, according to Yang Wei, another lawyer representing Jennrich.

Jennrich has received visits from the German ambassador and other embassy officials, a German foreign ministry spokeswoman said.

Customs officials did not respond immediately to a request for comment.