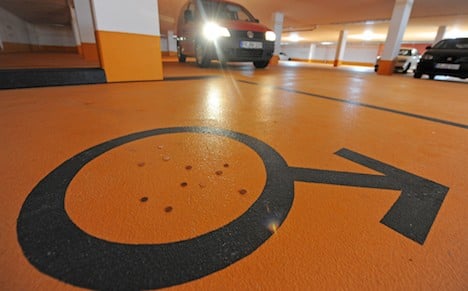 Gallus Strobel, mayor of the town of Triberg, best known for its waterfalls and cuckoo clocks, has made headlines recently for his new parking garage policy.

Unlike the 12 spaces set aside for women, which are wider, well-lit, and closer to the exit, the men’s spaces require the driver to pull in at an angle, and avoid hitting cement pillars. They are an “attraction” for any ambitious driver, Strobel told the daily Süddeutsche Zeitung.

“But men are, as a rule, a little better at such challenges,” he told the paper.

Strobel, 58, who says he has parked in the spaces three times, admitted that “of course, there are also great women drivers!” He told the paper that when he came to the idea, he knew it would challenge “political correctness.” But he says he has received mostly positive feedback from his stunt.

Strobel said that the move was good advertising for his town, and that one man emailed him saying he would travel there just to test himself at parking.

Women, too, he says have put themselves to the challenge. “They are, of course, most welcome!” he told the paper.