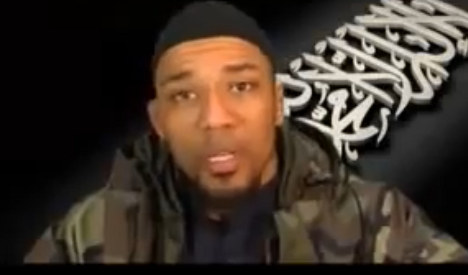 Denis C., who has been known as the rapper “Deso Dogg,” “Abou Maleeq” and has the alias “Abu Talha,” disappeared a few weeks ago and there is evidence that he has turned up in Egypt, Die Welt newspaper reported Saturday.

Denis C. is considered to be a vital member of the banned Salafist Muslim group “Millatu Ibrahim,” which was the subject of major police raids across Germany last month. Welt am Sonntag reported that his partner’s apartment was searched during those raids, but that C. was not found.

The German government banned three of the songs he sang as “Abou Maleeq” in March. The songs were described as fighting songs, or Nasheeds, and were listened to by Arid Uka, a Kosovo Albanian who has been convicted of killing two US airmen at Frankfurt Airport last year.

The Berlin state Office for the Protection of the Constitution, the state intelligence agency, said at the time that the songs were aimed at indoctrinating young Muslims with militant Salafist ideology.

One of the three banned songs included the words “Mujahid run! Mujahid fight! See how the Kafir dies and burns…Allah promised victory would come…We hold the line to the death. Our aim is Sharia, until death comes to us.”

Denis C. is the son of a German mother and Ghanaian father, and is originally from the Kreuzberg district of Berlin. He spent years singing gansta rap under the name “Deso Dogg.” Once he entered the Salafist scene, he regularly posted militant rap songs on the internet.