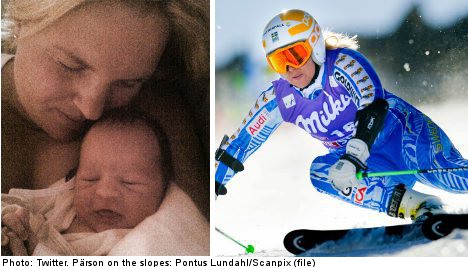 “Early yesterday morning (Wednesday) the most beautiful little boy in the world arrived. I don’t think I could be happier,” said the former Olympic champion, who also published a photo of the newborn.

The 31-year-old, who retired following the World Cup earlier this year, has for years faced rumours about her personal life, before revealing on Swedish radio last month that she was in a relationship with a woman.

“I had never intended to fall in love with a woman. Never thought that my heart could beat so fast for a woman. I was insanely in love,” she revealed while hosting a programme on Sveriges Radio in late-June.