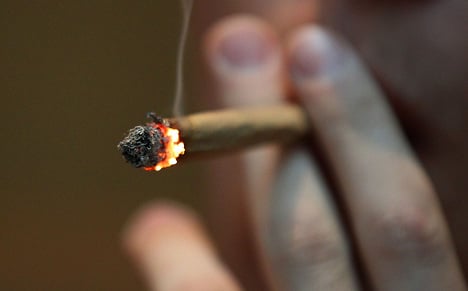 Regional paper Kieler Nachrichten reported that the new state government is considering a quality test for drugs as a possible service outside certain clubs.

“This could also be an important sign for young people that there are other substances in drugs that they might not expect,” said Social Democratic Party politician Peter Eichstädt.

Eichstädt added that if something along the lines of a testing service were to be put in place, it would “in no way involve bringing in an organisation to blanket-test the purity of all drugs.”

But Christian Kohl, spokesman for the state’s heath ministry, played down the report, telling The Local, “as far as I am aware no concrete plans are in place, but talks could well be underway.”

In any case, he added, such a test would probably only be applied to cannabis.

Schleswig-Holstein’s new centre-left government has prompted conservative outrage with the new drug law proposals in its coalition agreement – which would include raising the limit of cannabis possession.

The contract between the Social Democratic Party (SPD), the Green Party, and the South Schleswig Voter Federation (SSW) outlines a more progressive drugs policy, giving authorities the flexibility to treat drug-related incidents depending on circumstances.

Currently, the legal limit for possessing cannabis is six grammes.

Green Party spokeswoman Marret Bohn said that while “the fewer people that take drugs, the better,” the coalition wanted an “honest and objective discussion” about raising the possession limit.

Bohn expressed surprise at the negative reaction the idea of a quality test has generated, and she stressed that Schleswig-Holstein was not about to begin endorsing drug consumption.