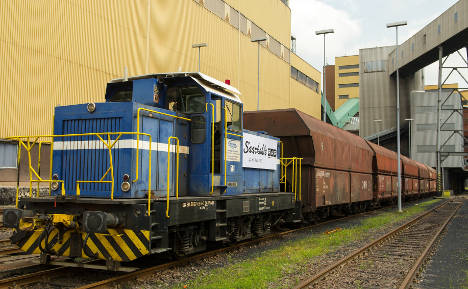 The last ten wagons of around 1,000 tonnes of coal trundled out of the Duhamel shaft, marking the end of a 250-year history of mining in the region.

Mine director Friedrich Breinig spoke of a, “cesura of an epochal time.”

“There is hardly a family on the Saar River which never had anyone working in a mine,” he said according to the Saarbrücker Zeitung newspaper.

Miners will continue to work at the mine until the middle of next year – filling it with concrete. Some will then move to the North Rhine-Westphalian town of Ibbenbüren and work in mining there where it is expected to continue until 2018.

He said mining had been the impulse for the economic and social development of the region and that in the last 250 years around 1.5 billion tonnes had been excavated.

The closure was described by Left party state parliamentary leader Oskar Lafontaine as a “major mistake”. He said a centuries-old tradition was being ended without a watertight policy in place to replace what was being lost to energy generation. He said energy producers and other industries in the region were being endangered.

Yet it was greeted by national head of the Green party Cem Özdemir as symbolic of the end of centralised energy supply. He said the future lay in renewable energy sources as well as intelligent network and storage ideas. 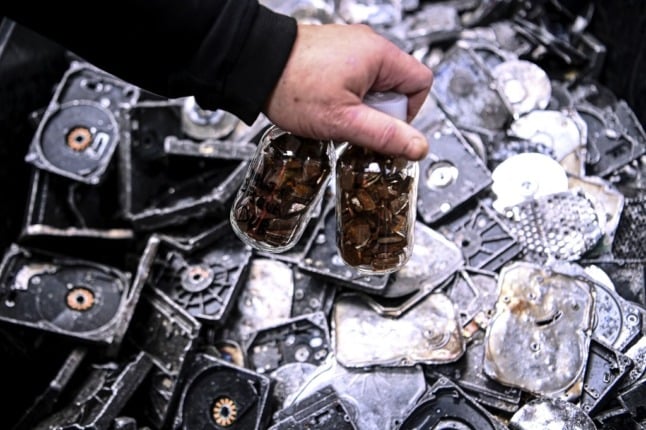 The group of 17 minerals are — despite their name — widely distributed across the globe, but exist in such thin concentrations that extracting even small quantities requires the processing of enormous quantities of ore.

Still, they are key ingredients in a range of high-tech and cutting-edge products, from wind turbines and electric vehicles to smart phones, medical devices and missile-guidance systems.

With China having a stranglehold on global supply and demand surging to meet the transition to a low-carbon economy, the political pressure – and financial incentive – to put strategic interests ahead of the environment is growing.

“Spain has the largest amount of rare earths in Europe after Finland. There is real potential,” said Vicente Gutiérrez Peinador, president of the National Confederation of Mining and Metallurgy Companies (Confedem).

Ninety-eight percent of the rare earths used in the EU are imported from China, prompting Brussels to recently urge member states to develop their own extraction capacities.

Spain’s reserves are estimated at 70,000 tonnes, according to the Geological and Mining Institute of Spain.

“On a global level this is not much, but on a European scale it is significant,” said Roberto Martínez, head of mineral resources at the institute.

And it is enough to arouse the interest of investors as demand for the minerals continues to surge.

“It is an opportunity for Spain,” said Confedem’s Peinador, but also “for Europe”.

“Two sites in particular are considered interesting: one in Monte Galineiro, in Galicia,” and the other in the province of Ciudad Real, in the Castilla y Leon region, said Martinez.

Only the 240-hectare (590-acre) Matamulas site in Ciudad Real has so far been the subject of an application to mine.

The site is rich in monazite — an ore containing rare earth minerals including thorium, lanthanum and cerium.

However, the project has been blocked: the region refused the mining permit filed by Madrid-based Quantum Mineria in 2019 due to concerns about its environmental impact.

“This deposit is located in an area of great environmental value”, between two protected areas, said Elena Solis, coordinator for mining issues of the NGO Ecologists in Action.

It would involve “moving an astronomical amount of earth, which would put the whole area at risk”, said Solis, who also pointed to the “enormous amount of water” needed for this operation and the risk of pollution by toxic or even radioactive dust.

These arguments were rejected by the company, which lodged a legal appeal.

The refusal of the permit “is incomprehensible” because “we are in a territory considered suitable for mining” by the administration, said Enrique Burkhalter, project director of Quantum Mineria, who denounced “unfounded fears” around the proposal.

According to the company, the extraction would take place on the surface, using a technique that limits the risk of toxic dust: the earth would be transported by truck to a factory, then sieved and finally returned to the site, once the minerals have been removed.

“It is not an open pit… The holes would be quickly filled in so that the crops could be cultivated again,” said Burkhalter.

These arguments are in turn rejected by Ecologists in Action, which believes that the land concerned will be permanently affected.

What will the courts say?

Beyond their differences, industrialists and environmentalists agree on the importance of the court’s decision, which could make or break the extraction projects.

The ruling, expected in several months’ time, will be “important” but “will not put an end to the debate”, said Martinez, who pointed to a paradox inherent in mining: “On paper, everyone wants to reduce external dependence, but as soon as we talk about concrete projects, it’s a different matter.”