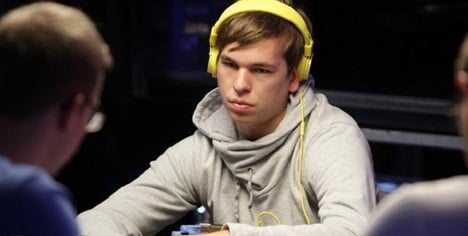 Now just over the halfway point of the Series with 32 events completed, Max Lehmanski, Khiem Nguyen and Andreas Krause have turned things around quickly for the Germans with deep runs and big scores.

One of the most accomplished players in German poker, Andreas Krause proved his mettle again with an impressive run in Event #24, $5k Pot-Limit Omaha.

Facing one of the toughest fields so far in the 2012 Series, Krause outlasted over 280 players to make it to the final 10 players.

Krause earned $21,020 for his finish. His career earnings sit well over $2.2 million and he holds down the seventh spot on the All Time Money List for German players.

Ismael Bojang from Hamburg, who has had an impressive series of his own so far with four in-the-money finishes, also held his own in the daunting field to place 18th overall and collect $13,031.

Nguyen started the week off on a good note with his fifth-place finish in Event 26, $3,000 Pot-Limit Omaha.

With the event drawing a large and talented field, Nguyen outlasted over 580 players before being busted by eventual runner-up, American Brett Richey.

Lehmanski showed his prowess in another large and demanding field in Event 31, $1,500 No-Limit Hold’em.

Drawing a massive 2,811 players, Lehmanski outlasted all but five of them to finish sixth overall for $113, 618.

It was Lehmanski third career cash at the WSOP but by far his largest and pushes his career earnings up over the $400,000 mark.

The rest of the top German performances this week below: