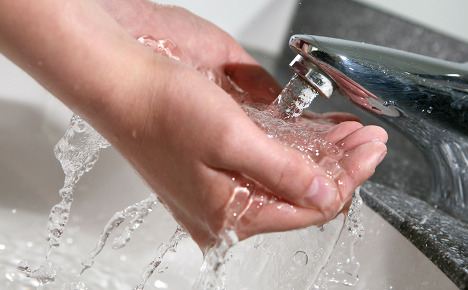 They found that two thirds of bottled water contained barely any of the minerals that they claimed to have and in many cases, drinking a glass of the wet stuff from a tap was by far more beneficial health-wise.

Germs are also tricky for the bottled water industry – as in over a third of the bottles tested the Warentest experts found some sort of bacteria. This would not necessarily be dangerous, but the potential was there for people with weakened immune systems, and babies, to become ill.

It depended, they said, on the type of germs in the water and the same standards applied to both tap and bottled water – which by law can contain a certain level of harmless bacteria.

But tap water was subjected to much more rigorous testing for contamination from chemicals such as pesticides or uranium – with lower levels acceptable for tap rather than bottled water.

Pricing differed wildly too, as inspectors found that in the western city of Cologne for example, inhabitants pay just 0.3 cents for a litre of water fresh from the tap.

If they were to go to a discount supermarket, this would go up to 13 cents per litre. Those coughing up for well known brands such as Vittel or Gerolsteiner were paying over 50 cents per litre.