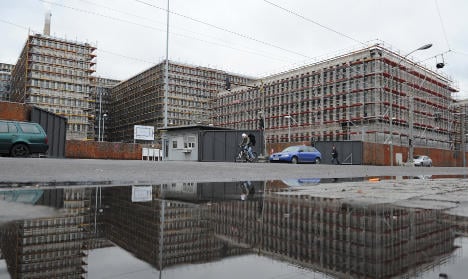 While problems with the fire safety systems forced the humiliating delay of the capital’s new airport, it is the ventilation system causing problems at the new spy centre, the government said on Monday.

The BND – Germany’s foreign intelligence service – was due to move from its base in Pullach near Munich to the enormous new-build centre in Berlin at the end of 2014, but that has now been officially put back by a year.

The Berliner Morgenpost newspaper quoted BND president Gerhard Schindler saying he was, “regularly losing young new staff,” due to the delay. The uncertainty has meant, “they leave our authority and find themselves another employer,” he said.

The costs are also set to rise, as an initial estimate of €500 in 2003 shot up to around €1.3 billion since construction began, and rose further to around €1.55 billion according to an estimate in April.

Wolfgang Bosbach, head of the parliamentary domestic affairs committee said he expected the final bill to reach around €2 billion.

The project was hit with a significant and embarrassing setback last year when it was revealed that the building plans had gone missing, presumably stolen.

The city’s new Willy Brandt international airport should open in 2013 after an excruciating pull-back from this month’s opening date. But an exact date is no longer certain, it was admitted last week, while costs have also soared.