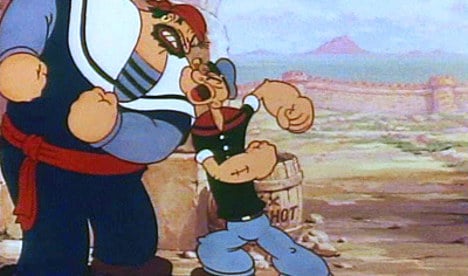 Researchers at the Karolinska Institute in Stockholm said Monday they had conducted a study showing how nitrate, found naturally in spinach and several other vegetables, tones up muscles.

For the study, which will be published in the Journal of Physiology, the research team had placed nitrate directly in the drinking water of a group of mice for one week and then dissected them and compared their muscle functions to that of a control group.

“The mice that had been on consistent nitrate had much stronger muscles,” they said in a statement.

The nitrate used “was equivalent to a human’s consumption of about 200 to 250 grammes of spinach a day, so it’s a very easily obtained amount,” one of the researchers at the Department of Physiology and Pharmacology, Andres Hernandez, told AFP.

“Well, it is if you eat spinach. For people who don’t eat their vegetables it will be more tricky,” he added.

The tricky question, he said, was determining why this happened.

The researchers discovered that the nitrates had prompted an increase in two proteins, found naturally in the muscles,that are used for storing and releasing calcium, which is vital to making muscles contract.

The protein increase in turn led to higher quantities of calcium released in the muscles, Hernandez said, pointing out that “if you have more calcium released, you have a stronger contraction.”

Translated into human terms, consuming nitrates from for instance spinach increases the muscle strength available for things like lifting weights or sprinting up a steep hill.

It could also increase endurance, Hernandez said, pointing out that when stronger, the fast-twitch muscles, which fatigue faster than other muscles, do not need to contract as frequently.

This is not only good news for exercise buffs looking to improve their performance.

“The really exciting part is to go ahead and look at people with muscle weakness, with muscle diseases, and even aging, and see if this can actually improve their muscle function,” Hernandez said.

He said the research team aimed to conduct a few more studies on mice but hoped to also carry out studies on humans soon.