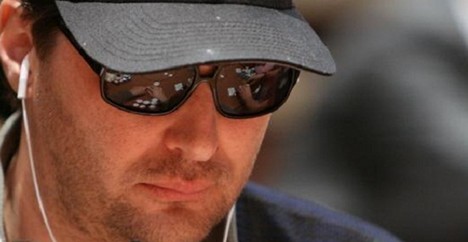 But while the German football team is off to a good start in Euro 2012, German poker players have yet to get off the mark in a substantial way in Las Vegas.

With a number of high caliber, veteran players including Tobias Renkemeier, Marvin Rettenmaier, Benny Spindler and Sandra Naujoks, Germans have been a consistent force in Vegas over the years and usually scatter themselves at final tables fairly frequently.

This year however with 20 of the 61 events already in the books, the deep runs and big cashes have been few and far between.

Rettenmaier, a sponsored professional for PartyPoker.com and fresh off a huge win for $1.2 million at the recent World Poker Tour World Championship, has had the top performance so far but even he hasn’t necessarily performed to his expectations.

None of the other notable names have made an appearance on the payout pages yet and outside of Rettenmaier the German results have belonged solely to players not quite as established on the poker scene.

Grzegorz Derkowski of Hamburg has cashed three times for roughly $25k total. Ismael Bojang has finished in the money twice with his peak performance a solid 10th-place finish in Event 19, $1,500 No-Limit Hold’em. Bojang has earned a total of about $35,000.

Plenty of opportunities do remain for German players to get untracked with 40 tournaments still to play and two or three new events starting up each day.

Action continues in Las Vegas from now until July 16 when the final nine players in the 2012 WSOP Main Event will adjourn until the final table plays out in October.

Despite the lack of German headlines, plenty of other big stories have developed already with poker icon Phil Hellmuth winning his 12th career WSOP bracelet in Event 18 and Phil Ivey narrowly missing his 9th in Event 17.

The first-ever $1 million buy-in poker tournament, called the “Big One for One Drop” and benefitting Cirque du Soleil founder Guy Laliberte’s One Drop fresh-water charity, will also take place later in the summer.

A full list of all German results so far at the 2012 World Series of Poker below: