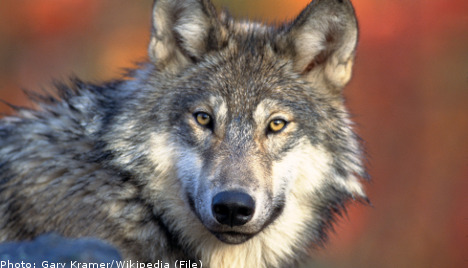 The woman is believed to have entered the enclosure alone, and been with the wolves up to one hour before her colleagues discovered that she was missing.

Wolf expert Olof Liberg has spoken out against the zoo.

“It’s quite obvious that one of the problems was that she went in alone. It took time to find her, and this time may have been critical,” he told the TT news agency.

“I would have expected that the zoo had clear routines for what to do if someone got injured in the wolf enclosure,” said Liberg, adding that someone should always be nearby and ready to raise the alarm if needed.

Meanwhile, a police officer told the Aftonbladet newspaper that the woman was knocked over and dragged away by the wolves.

“We found clothes and personal belongings strewn over the whole enclosure,” the source said.

Mats Höggren, head of the zoo, has stood by his colleague’s actions, claiming they were standard procedure, and that the 30-year-old had looked after the wolves for three years.

According to Dagens Nyheter, there hasn’t been a fatal wolf attack in Sweden since the 1820’s when a wolf killed nine people, most of whom were young children, in County Gästrikland in eastern Sweden.

With no witnesses or video evidence of the attack, Anders Eriksson, a specialist in forensic medicine, has commented on the difficulty of investigating the case.

“As there’ve been so few fatal wild animal attacks in Sweden, it’s hard to draw any conclusions for how the attack could have happened,” he told Expressen.

Meanwhile, the zoo’s management has been reported to the police for manslaughter by Stig Engdahl, 70, who became a national celebrity in 2003 after he was convicted of shooting a wolf that had attacked his sheep.

“I think it’s manslaughter. If they’re allowing another person to go in with the wolves, they’re putting that person’s life in danger. I think it’s time to put a stop to this wolf circus in Sweden,” Engdahl told Aftonbladet.